When then Duchess of Cornwall As guest editor – and as a star on the cover of Country Life magazine – there was only one person she wanted to photograph… her daughter-in-law.

The shot from the Duchess of Cambridge appears in the July issue of the publication, just before Camilla’s milestone birthday on July 17th.

It was recorded at Ray Mill House, Camilla’s country retreat in Lacock, Wiltshire. She bought the six-bedroom property, 17 miles from the Prince of Wales’ Highgrove home, following her divorce from Andrew Parker Bowles in the mid-1990s.

The cover photo shows a relaxed and smiling duchess wearing a blue and white floral dress and cardigan with minimal jewelry (as well as her trusty Fitbit fitness tracker). An avid gardener, she sits smiling and relaxed, holding a tray full of geraniums. 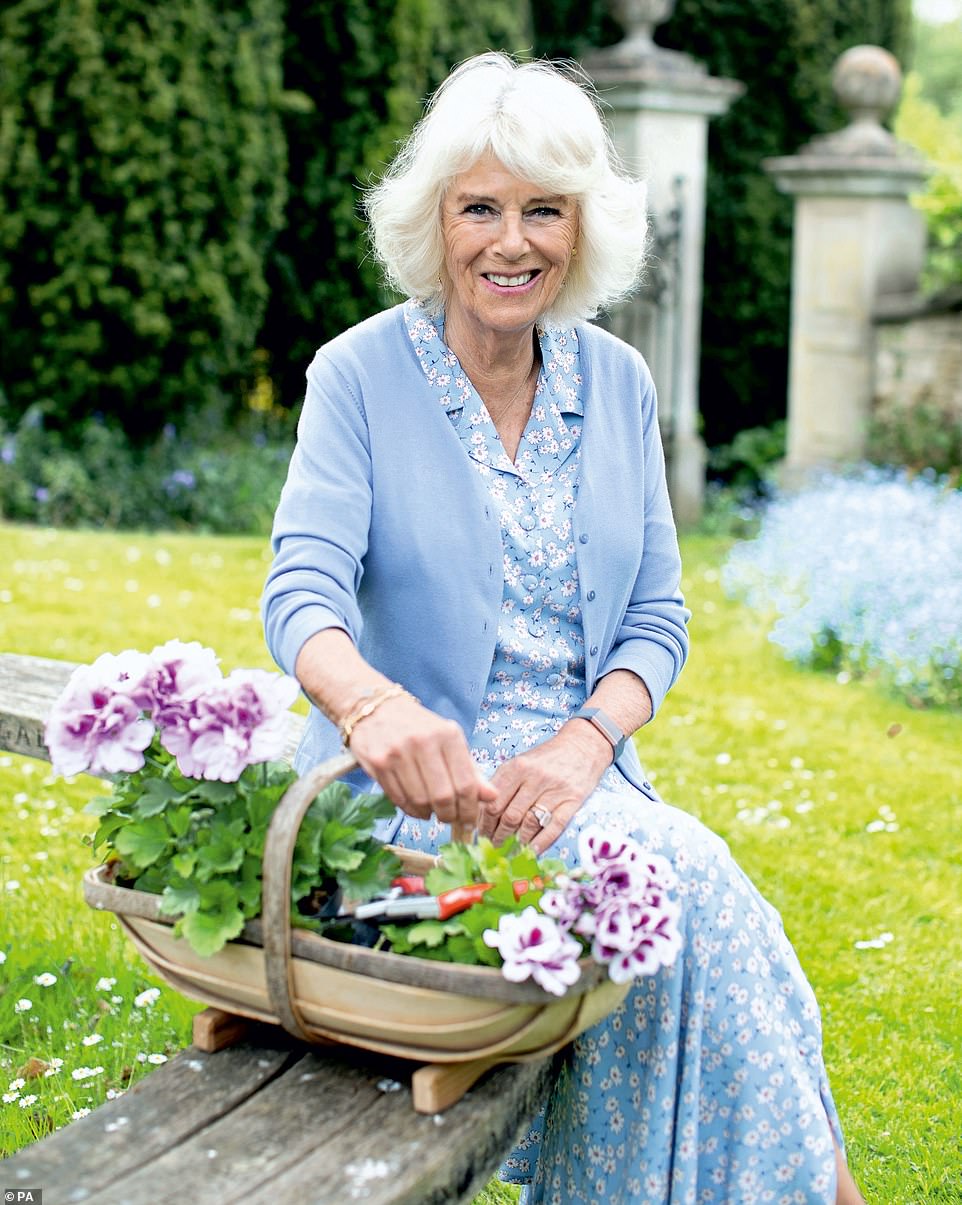 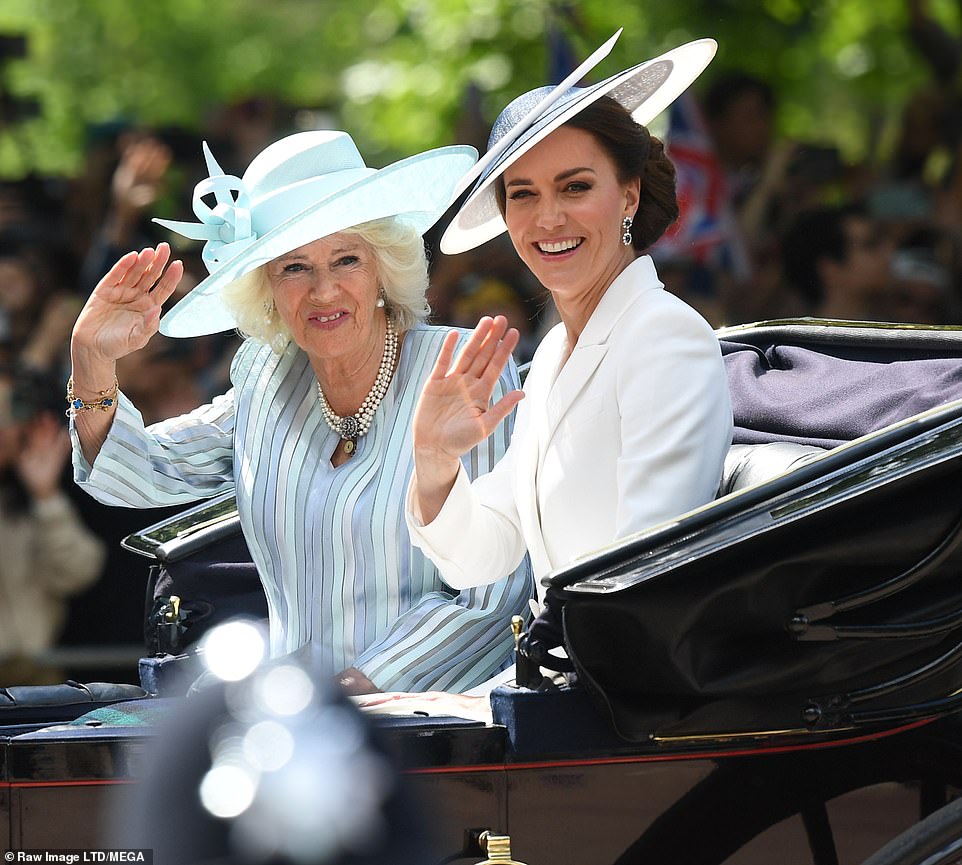 A royal source said it was Camilla’s idea to ask Kate to do her portrait and she was “delighted” (pictured together at the anniversary celebrations last month).

A second portrait, also of Kate, is an informal shot of Camilla walking through the forget-me-nots in the gardens.

The younger of the two duchesses is of course an avid amateur photographer and regularly posts pictures she took of her children for their birthdays.

She is also Patron of the Royal Photographic Society and has taken part in a number of high profile photographic projects.

The Duchess of Cornwall has joined a prestigious line-up of royal guest editors at the helm of Country Life to celebrate not only her 75th birthday but also the magazine’s 125th anniversary. 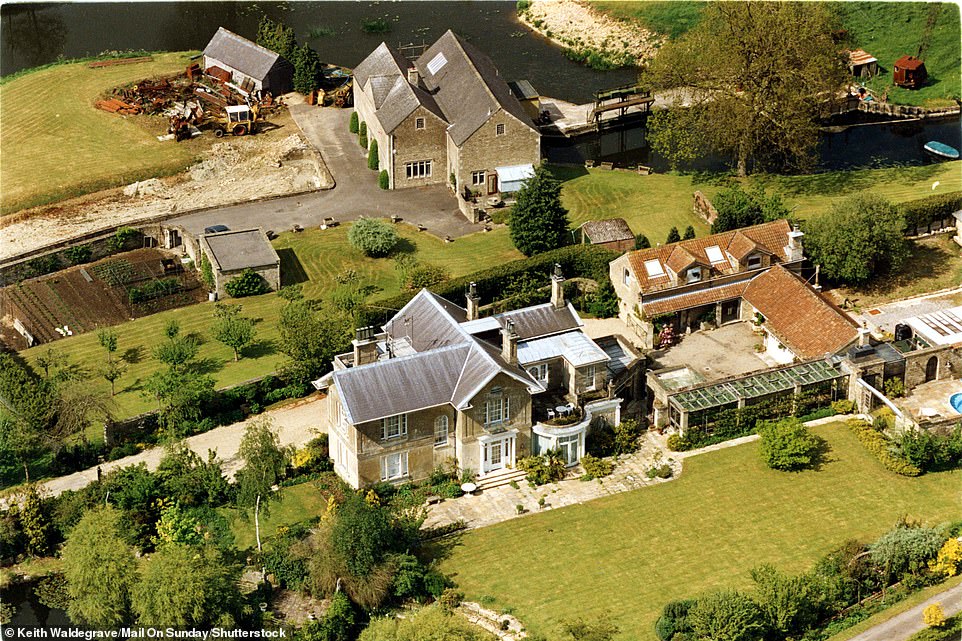 It was recorded at Ray Mill House, Camilla’s country retreat in Lacock, Wiltshire. She bought the six-bedroom property, 17 miles from the Prince of Wales’ Highgrove home, following her divorce from Andrew Parker Bowles in the mid-1990s

Kate has been widely praised for her photographic portraits of her children, Prince George, Princess Charlotte and Prince Louis.

She has documented milestones in her life, such as birthdays and the first days of daycare, and published them to mark the occasion.

The latest pictures include three pictures of Louis that were released while he was celebrating his birthday on April 23.

She was made an Honorary Member of the Royal Photographic Society in January 2017 and its Patron in 2019.

The commemorative collectors’ edition, which will be released on July 13, will be a culmination in a year-long celebration of the magazine’s role in highlighting the nation’s heritage and advocating for the countryside and rural life.

The royal edition will reflect the Duchess’ love of horses and dogs – she has two rescued Jack Russell Terriers, Bluebell and Beth, and is Patron of Battersea Dogs and Cats Home.

She will also reveal her champions of the countryside, her most beautiful view and her favorite recipe. The focus is on the Duchess’ work as patron of more than 90 charities, from Barnardo’s to the Royal School of Needlework to the Royal Society of Literature.

A royal source told the Mail it was the Duchess of Cornwall’s idea to ask Kate to do her portrait and she was “delighted” to agree.

Mark Hedges, Editor-in-Chief of Country Life magazine said: “Her Royal Highness is a passionate farmer and we are delighted that she is joining her husband in directing this commemorative issue.”

Camilla is the fourth royal guest editor, after Charles – twice – and Princess Anne.

Kate’s decision to photograph the Duchess of Cornwall marks the latest moment of unity between the Cambridges and the Prince of Wales and Camilla.

In recent months, the four have appeared cheerful and friendly at public events, often led by Kate.

Kate is known to have a warm relationship with her father-in-law and has reportedly helped smooth the sometimes troubled relationship between the heir to the throne and his son William.

The Duchess was warmly welcomed into the family by Charles following her engagement to William and has been heard affectionately calling him Grandpa in public on previous occasions. 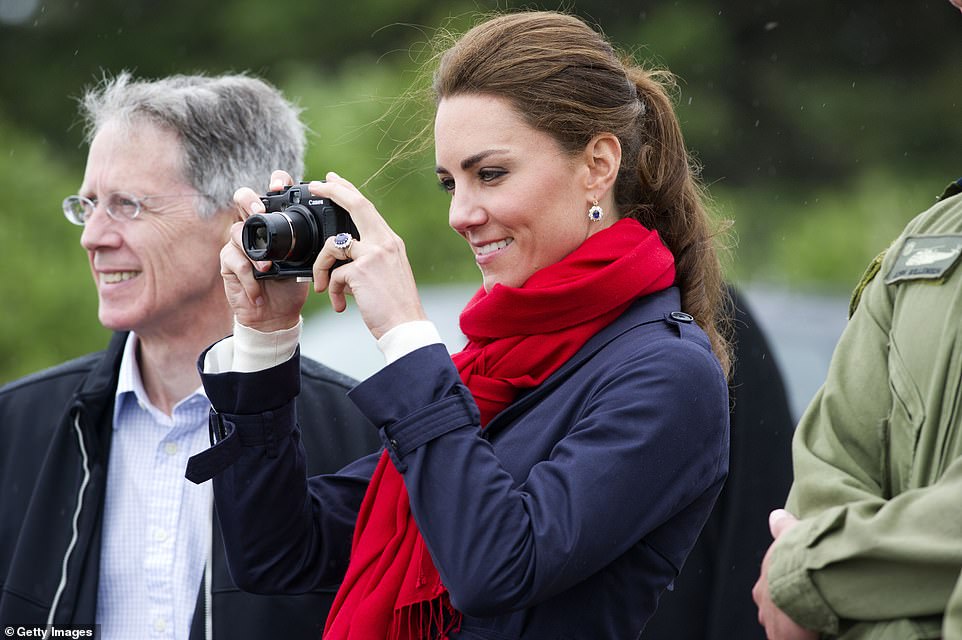 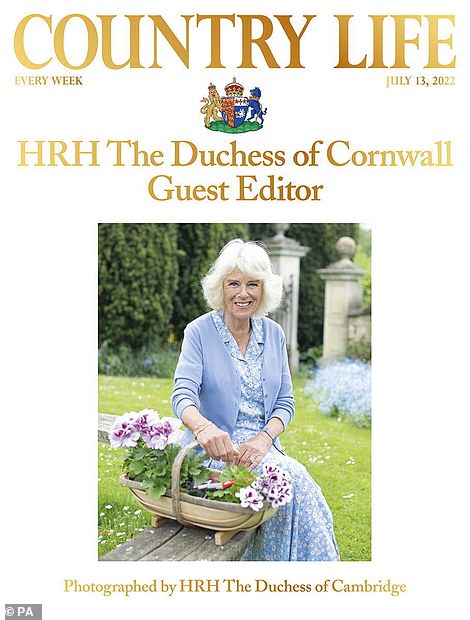 Now she’s often seen greeting him with a bright smile and kissing him on the cheek.

Poignantly, she was photographed comforting the Prince of Wales after Prince Philip’s funeral procession last year.

In January, at the personal invitation of Prince Charles, Kate accompanied him and Camilla to a visit to the Prince’s Foundation Training Center for Arts and Culture at Trinity Buoy Wharf in London.

It was the first time since 2012 that the trio performed without William.

And at recent anniversary events, the four have often been spotted laughing.

At Trooping the Color, Camilla rode in a carriage with Kate and the three Cambridge children before the family watched the pass together from the balcony of Buckingham Palace.

On the second day of the anniversary celebrations, the quartet exchanged warm greetings at the Queen’s Thanksgiving service.

Meanwhile, Kate and Will showed their family’s close bond with Camilla and Charles at the Platinum Pageant when they asked “Grandpa” to take care of a mischievous Prince Louis in a playful moment.