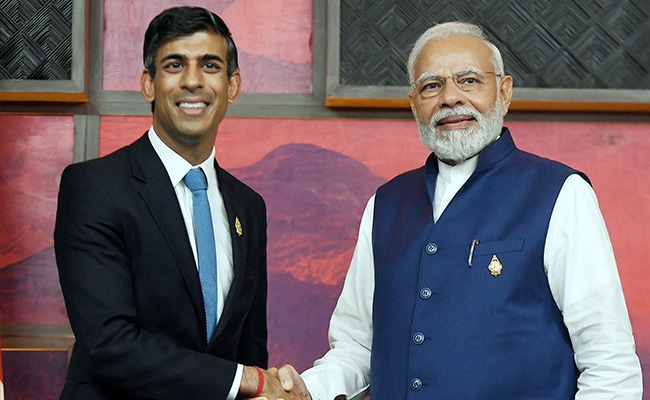 The Foreign Office also responded to the BBC report.

British Prime Minister Rishi Sunak, who defended Prime Minister Narendra Modi in the British Parliament, distanced himself from the BBC documentary series and said he “didn’t agree with the characterisation” of his Indian counterpart.

Mr Sunak made the comments about the controversial documentary being raised in the UK Parliament by Pakistani MP Imran Hussain.

“The UK Government’s position on this has long been clear and has not changed. Of course we do not condone persecution wherever it appears, but I’m not sure I agree at all with the characterization of the honorable gentleman,” he said, responding to Hussain’s question about the BBC report.

British national broadcaster BBC aired a two-part series in which he attacked Prime Minister Narendra Modi’s tenure as Gujarat chief minister during the Gujarat riots of 2002. The documentary sparked outrage and was removed from select platforms.

Rami condemned the BBC’s biased reporting, tweeting: “@BBCNews You have caused great harm to over a billion Indians. It is an insult to a democratically elected Indian @PMOIndia police force and the Indian judiciary condemn your biased reporting.”

The Foreign Office also responded to the BBC report, saying it was a completely one-sided copy.

Speaking at a weekly briefing in New Delhi, MEA spokesman Arindam Bagchi said: “We think this is a propaganda article. This has no objectivity. It’s biased. Note that this has not been shown in India. We don’t want to answer that anymore, so it doesn’t get a lot of dignity.”

He even asked questions about the “purpose of the exercise and the agenda behind it.”

“The documentary is a reflection of the agency and the people who are re-broadcasting this narrative. We wonder about the purpose of the exercise and the agenda behind it. Honestly, we want to recognize those efforts,” he added.

Referring to apparent remarks made by former British Foreign Secretary Jack Straw in the documentary series, Bagchi said: “He (Jack Straw) appears to be referring to an internal UK report. How can I access it? It is a 20 year old report. Why should we rush into it now? Just because Jack says so, how do they give him so much legitimacy.”